We recently had a massive power outage in Britain, causing mayhem as trains were unable to move, airports had no power, and general pandemonium ensued. 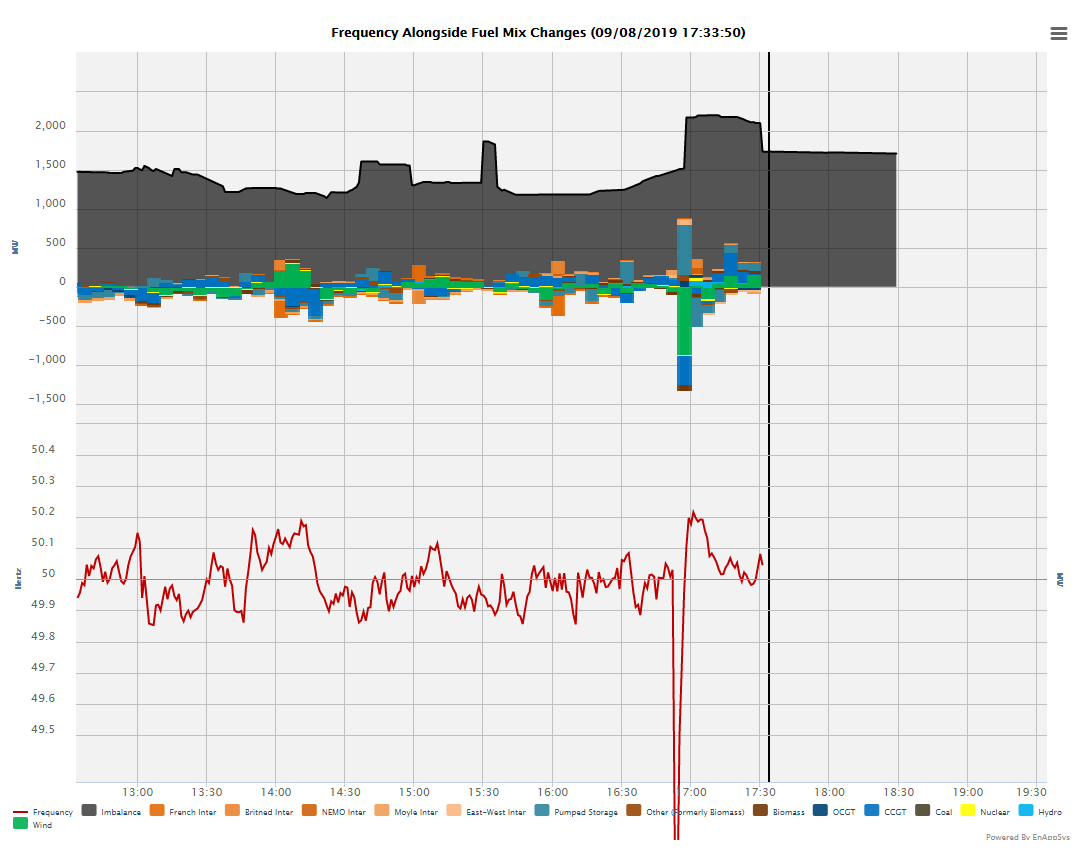 The line at the bottom is a chart of UK grid frequency - you can see it plummet during the recent power outage (normally it’s around 50Hz and has to be kept there - if it falls below 49Hz, equipment starts disconnecting automatically as a protective measure). In total, 1.4 gigawatts (!) of generation went offline.

The coloured bars represent the energy mix. At the point of the blackout, looks like a huge drop in wind as a wind farm went offline, and a smaller drop in CCGT (combined-cycle gas turbine) as a gas plant, Little Barford, went offline simultaneously - and an increase in pumped hydroelectric storage as the grid tries to compensate.