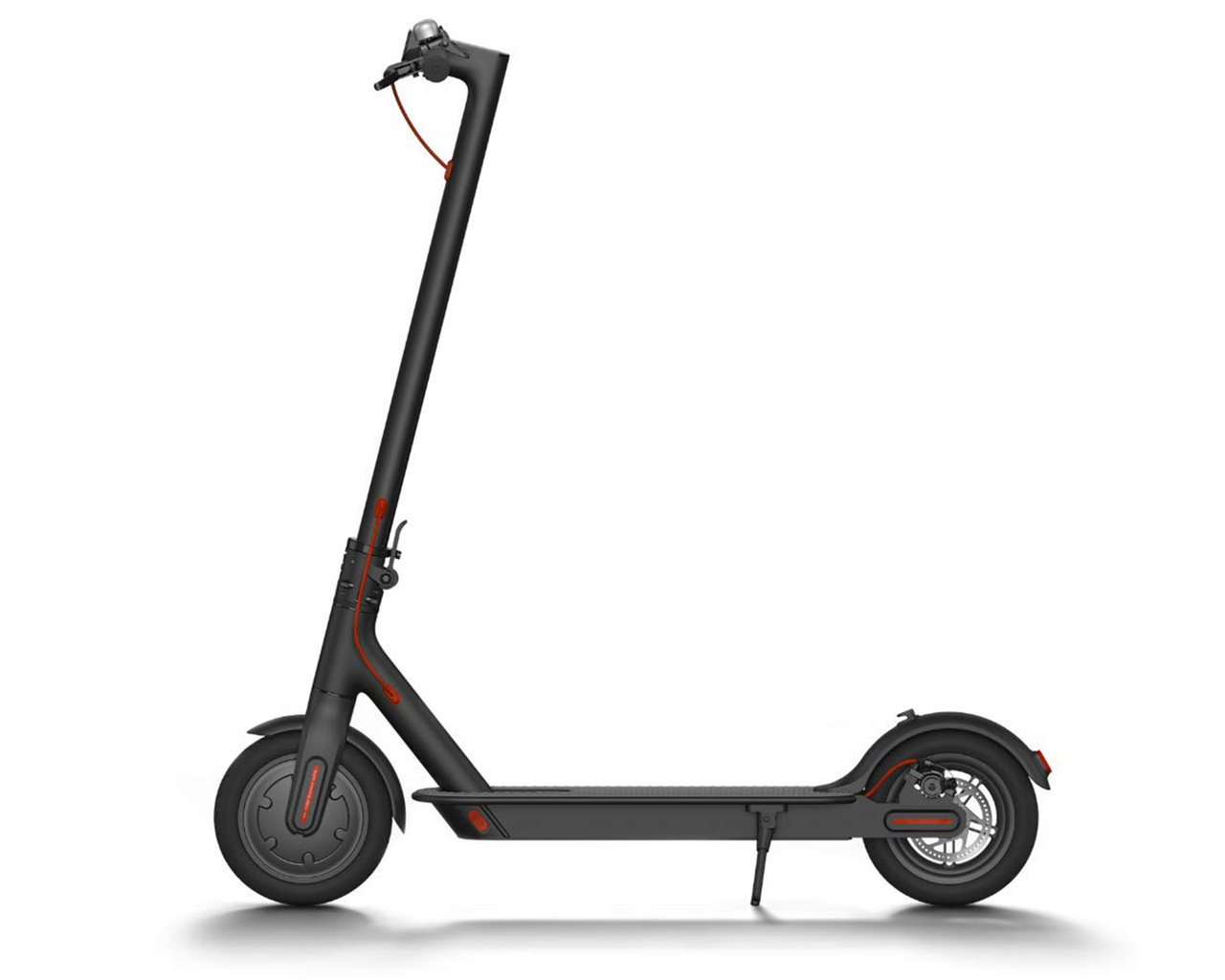 Obviously I would never ride an electric scooter in London - it’s illegal for some reason. But if hypothetically I’d been commuting to work on one for the last 7 months, this is the guide I would’ve wanted.

The M365 is the king of electric scooters - sturdy, a smoother ride than the competition, and beautifully designed. I highly recommend it.

I bought my scooter from Gearbest, a Chinese importer. It cost £300 on a ‘flash sale’ (they have them all the time, so don’t pay full price), plus £30 shipping - there were no other taxes or import duty to pay. Crucially, you don’t get a UK warranty. They throw in a UK power adapter at least…

Delivery took like three months. That might sound impossibly long, but bear in mind they don’t ship immediately: they wait for enough orders to come in, then ship a pallet to Europe (by rail, amazingly!) and break bulk once it gets to Poland or Germany.

I would definitely advise buying direct from a UK importer - you get a warranty, consumer protection, and you don’t have to wait three months for the thing to arrive.

Assembly is pretty simple, even without a manual. But before you start riding, you’re going to want to make some adjustments.

The scooter has a built in taillight which is notoriously flaky. Two common ways it dies are from the cable (which runs under the rear fender) fraying and breaking, or the connector to the main battery pack getting damaged.

To fix this, remove the rear fender and tape up the connector between the battery pack and the light. Removing the fender is pretty straightforward, but you need to remove three rubber grommets where the fender is attached first - use a knife or something similar to prise them out, then you can unscrew as normal.

To stop the taillight cable fraying, you can buy accessories like this which protect the joint between the taillight and the cable.

The folding joint on the stem is notoriously shit. So bad that the scooter hire companies just remove it altogether, or have a fixed cover on it (see the Bird scooters). Rarely it can break (make sure your scooter isn’t affected by this recall over the issue), but usually it’s just a bit loose, which means the scooter doesn’t ride smoothly as the handlebars move back and forth slightly.

First, follow this video to tighten the clasp on the folding joint. You might also want to tighten the bolt that goes down into the stem - this makes the handlebars stiffer to turn, so the scooter feels less twitchy. Then, buy a set of shims (you can find them on eBay) which fit into the joint and pad any remaining gaps. Viola - smooth riding.

The brakes will almost certainly need adjusting - mine were pretty slack. Firstly, you can adjust the position of the right-hand brake disc to reduce the travel in the brake: find a video on this as it’s a bit tricky (you have to loosen a tiny hex nut, and then reach through the spokes of the wheel to a hex nut on the rear of the brake pad). Then, use a wrench to turn the barrel on the brake cable to tighten it.

Remember that the brakes operate in two stages:

With practice you get used to the stopping distance, as the brakes can be a bit abrupt.

Once you’re all set up, you can hit the road. Maybe practice in a car park or something until you feel confident. The scooter has ‘eco mode’ - double press the power button and you’ll see one LED turn green - which limits the power to the motor, which is nice for learning or letting friends have a ride.

Then, just ride it! Put one foot on the footplate and push off with the other one. When you’re rolling, push the throttle for power. You’ll soon experience the joy of effortlessly swooping around town. My advice:

Yes, strictly speaking electric scooters aren’t legal in the UK. In practice, the police are totally disinterested - a colleague of mine described e-scooters as “de facto legal” because the law isn’t enforced. Of course, riding one is at your own risk - if you’re caught you can be given up to six penalty points on your driving license and a £300 fine. (In practice you’re more likely to receive a small fine and/or be told not to use the scooter.)

I have this folding lock (which I saw a lot of in Tel Aviv, the original home of these scooters). I don’t suppose it would do much to deter a committed thief - the rivets holding the metal plates together are a weak point - but it stops people walking off with your scooter. Lock the scooter through the front stay - the one that joins the handlebar stem to the main footplate. Update: had someone try to steal my scooter by pulling the footboard and back wheel all the way through the lock - which survived (though is now pretty mangled). Someone really determined could probably take the back wheel off, though I don’t suppose many people would bother. I’ll be buying another one of these!

Get this phone mount - it’s excellent for getting directions on the go. I’ve mounted mine just to the left of the throttle lever.

I’d be remiss if I didn’t mention this: the scooter has Bluetooth, which is neat for seeing your speed and how far you’ve gone, but can also be used to update the scooter’s firmware. Even better, you can create your own custom firmware and flash that… Things to try:

That’s it! Happy riding, and get in touch if you have comments.